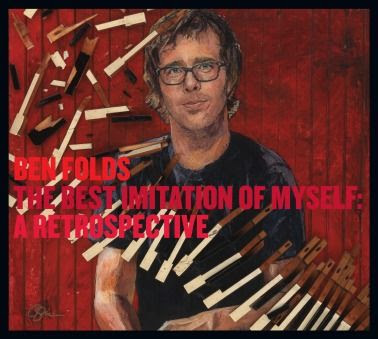 I’ll never forget the first time I heard a Ben Folds song. I was nine-years-old and Titanic had just hit the theaters. It was the second or third week that the movie was out, but already I had seen it four times. The weekend was approaching and I begged my mother to take me to go see it again. Her answer? “Are you crazy?”
Defeated, I retreated to my bedroom and proceeded to flip through every magazine in the house to find pictures of Kate Winslet to add to the collage that was quickly spanning my entire wall. In my angsty, pre-pubescent rage, I turned on the radio, hoping for a little Celine Dion. Instead, Ben Folds Five’s “Brick” began to play.
Immediately, I was drawn in by the somber piano introduction and the melancholy tenor voice that sang above it. I remember putting the scissors and tabloids down so I could devote all of my attention to this music – this music that for some reason was putting the rest of my life on pause. “She’s a brick and I’m drowning slowly, off the coast and I’m heading nowhere,” rang the chorus. “Oh my god,” I thought to myself as I began to interpret the lyrics very literally. “This is Jack’s song!”
It goes without saying that “Brick” was not written as Leonardo DiCaprio’s character’s final lament. But the key words I chose to focus on and the undeniable sorrow in Folds’ voice convinced me that this was the musical response to that now iconic scene of Jack floating in the water, sacrificing himself to keep Rose alive.
It wasn’t until years later that I was old enough to understand that “Brick” was in reality a song about abortion. I’ll never forget the moment when I popped in that old mixtape I practically wore out in elementary school and really listened to the lyrics. It was the millionth time that I heard that song, but the first time that I grasped its true significance. Not to say that other songs on the mixtape aren’t classics in their own right–Madonna’s “Don’t Cry For Me Argentina” and The Spice Girls’ “Who Do You Think You Are?” But “Brick” taught me something essential about music.
The lesson I learned is that although you may not always be able to relate exactly to the words being sung, you can apply your own narratives to the music you listen to. And even if millions of other people may be listening to the same song that you are, how you interpret it and the feelings and thoughts it triggers inside of you are yours alone.
Through the years, I continued to listen to Ben Folds and treated him as a teacher. His songs were everything to me, educating me about aspects of life I hadn’t yet experienced. Through his music, I learned that one day I would have my heart broken and although I’d be sad about it, I’d be okay. I learned that it was not only alright but that it was cool to be different. Folds’ lyrics demonstrated to me that even though life was full of disappointment, it was something worth cherishing. 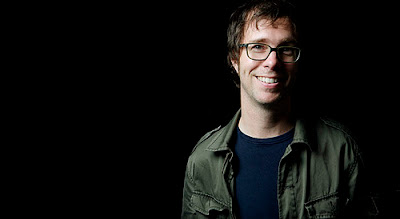 Last week marked the release of The Best Imitation Of Myself, a career spanning 3-disc retrospective of Folds’ work from the past 15 years. Highlighting his time in Ben Folds Five and the solo career that followed, this 61-track collection brilliantly weaves together a portrait of a man that legions of fans revere as their messiah.
One of my absolute favorite things about Folds is his dry and sarcastic sense of humor. He’s one of the few artists I know who is consistently able to remain funny in his music while simultaneously singing catchy tunes and telling a story.
On The Best Imitation of Myself, Folds’ humor has never been more front and center. After all, what other musician would include mellowed out covers of Dr. Dre’s “Bitches Ain’t Shit” and Ke$ha’s “Sleazy” on a record that’s supposed to define the premiere (nearly) two decades of their career?
With “Rockin’ The Suburbs,” Folds created one of the catchiest hooks in contemporary pop/rock. “Y’all don’t know what it’s like being male, middle class and white,” he repeatedly chimes in the song’s bridge before crescendoing into screaming profanities. By channeling the socio-politics of the well-to-do, Folds points a finger and playfully laughs at their expense (for more, see also “Levi Johnston’s Blues”).
The Best Imitation of Myself also reveals just how much Folds enjoys sharing the spotlight. Collaborations with artists like Regina Spektor, Ben Kweller, The West Australian Symphony Orchestra and literary figures such as Nick Hornby and Neil Gaiman populate the tracklisting. My personal favorite? The flawless live cover of George Michael’s “Careless Whisper,” in which Folds duets with Canadian singer/songwriter Rufus Wainwright.
For this retrospective, Folds reunited with his former Ben Folds Five band members and recorded a series of new tracks, each one sounding like a polar musical opposite of the other. With “Tell Me What I Did,” Folds shows off just how hard he can rock. On “Stumblin’ Home Winter Blues,” he channels a soft folk side that incorporates Bob Dylan-esque lyrics with gentle strings, percussion and his signature piano. And with “House,” Folds has created the most honest pop song of the year, earnestly telling the sad tale of attempting to let go of one’s past against the backdrop of a Lite FM-friendly midtempo alternative rock track.
When Rolling Stone asked Folds about how he selected tracks for The Best Imitation of Myself, he replied: “The excitement about it started when it graduated from being like a ‘best of,’ which anyone can make as a mixtape, to something that had tracks that hadn’t been heard, much less released.”
And that’s part of what makes this collection stand out so much. Usually when artists release retrospectives, they try to cram all of their biggest songs onto a single disc. While you will find all of the Folds standards like “The Luckiest, “Underground” and “Landed” on The Best Imitation of Myself, this is a far cry from a greatest hits album.
Instead, The Best Imitation of Myself serves as a map of Folds’ entire discography, putting up flags in each era of his career. Where the first disc is mostly his hits, disc two is made up entirely of live recordings of fan-favorite songs, the majority of which never saw the light of day as singles. And disc three is composed of previously unreleased demos, live recordings and alternate mixes of album tracks. In other words, fans who have purchased every album Folds has ever put out will still have at least an entire disc’s worth of new content.
Whether you’ve been a fan since day one or are just boarding on the Ben Folds train now, The Best Imitation of Myself is a rare musical treat that not only exemplifies the talent of one of the most prolific artists in the industry, but showcases that at its core, music is one of the most exceptional, beautiful and powerful resources available to us as human beings.
Ben Folds is a true genius. And if you don’t already agree, I promise that one listen of The Best Imitation of Myself will change your mind.

The Best Imitation of Myself is in stores now.